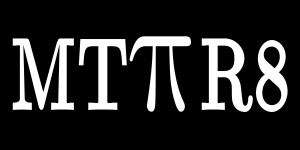 Original logo called ‘The Glyph’ was a sacred math formula disguised as a logogram.

Pirate Church actually has it’s roots in a formerly pseudo-secret society known as the Appalachian Mountain Pirates.  Basically, the mountain pirates were a competency group of former combat and special forces veterans skilled at wilderness medicine that felt having a spiritual brotherhood was far superior to maintaining group unity and providing support for veterans possibly suffering from stress related to their duty roles.  The goal was to continue competency past the point of retiring from government / military service.  As the group’s ideologies spread, they simply became known as the Mountain Pirates.  Then in 2017, the first group was established on the coasts of Florida.  For lack of better words, the concept took hold and took off.  The issue with the common name Mountain Pirate became significant.  Everyone loved the Pirates, but they didn’t know where to go from there.

During a wild weekend, one of the Captains was exposed to the Pirate Party in Melbourne.  While drinking at a nearby Irish pub, the concept came to him that what if one could combine church, drinking and arms.  The rest is history.

The Pirate Church abides by the Code:

The Spiritual Code of the Pirate Church 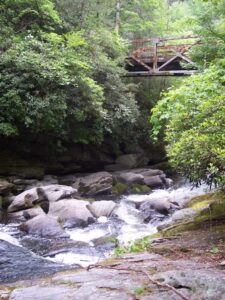 What does that mean for you?  It means you can legally drink and smoke at church.  That’s the initial idea.  And you can bring your weapons to church services.  However, there is a deep, mystical reason for this that goes back to the founding of the Nation of America.  Tobacco is sacred, alcohol has long be used in religious services and being armed let’s the participant know he or she is equal to all present.  The Surf & Turf ritual reminds us of who we are, so the consumption of non-plant based protien, ie. real meat and fish, is part of the sacraments as well.

Still, while the concept may be challenging to individuals acting in some form of authority for matters of public service, the real goal is to present a different view of worship and to remove taboos around the aforementioned topics.  However, most local and state laws require that any PMA, religious or not, be a membership organization that is truly private.

However, in order for you to do this, you have to agree to the Church’s Code, Articles and pay the modest membership fee each year.

Still, The Pirate Church is not the Pirate Party (either of them) and it actually helps to fund spiritual research for it’s members.  This is the exact opposite of what mainline 501-3(c) churches do.  Also, the money from the members helps to fund the bar whenever the church meets.

1)  The Pirate Church is a legitimate legal entity – it actual exists since it has members, the ink is still wet, but it exists.

So, does this Church have a religious history? Yes, it does.  The formation of The Pirate Church goes back to 2001 when it’s initial founders met.  They liked pirates, yoga and esoteric philosophy – the Pirate Church met under the SP entity known as SKUG.

2) The Pirate Church has it’s origins in a religious movement with a history going back two decades.

The initial movement started in 2001 with the ridiculous notion of wearing pirate themed belts while practicing Yoga.  The Pirate Church still maintains the belt of it’s spiritual founder, Captain Edward Collins.  So yes, we’ve been around and the Code?  2006.  The Code was written at a spiritual event at John’s Cove at a place called Deerfields.

That brings us to the Code, which acts as our creed, and to our form of worship called The Toast.  The Toast is based on a 5,000 year (est.) ritual called a Bloat.  This is drinking ritual, and religious sacrament to the members.

3) The Pirate Church has both a creed and form of worship.

Stated, key to the lore, knowledge and witness of the Church’s members, the places of worship include any area deemed the Private Realm of The Pirate Church that exists near any body of water.  Every church has a sacred body of water, The Pirate Church has three:  The Red River Gorge at Rock Island in Kentucky, The French Broad River at Mountain Island in Asheville and Plum’s Point in Bath, North Carolina.  What makes the annual meeting places unique is they are land locked subliminal zones that are not governed under the same laws as the Muggle Realm.  So in this way, nature is our church and if we can’t have Nature, we’ll use the Church’s bar.

4) The Pirate Church has an established place of worship.

So it does.  The Pirate Church meets monthly at member owned property near Mt. Pisgah and once a year at one of the three sacred sites.  The Church pays for you first three rounds of booze, the rest is on you … but we’ll help.

So, we have all the makings of a church, does it has regular concretes?  Yes we do, we call them Mates.  Since 2001, we had a spiritual founder.  He left us to be with the Great Captain before December of 2012.  Past that point, the lead Captain was picked.  In 2021, the head of order became the Reverend Captain of the Pirate Church and the Mountain Pirates maintained their traditional order.

5) The Pirate Church has regular congregates they’ve been around for over two decades and have met yearly since 2001.

But what about Ministers?  Glad you asked.

The Pirate Church has had one  Yogananda initiated Yogi as it’s initial leader, Six Water Brothers, three ordained ministers – one formerly with the Church of the Sub Genius (The PC is not affiliated with COSG) and now the Reverend Captain who is fully, legally and lawfully ordained (with two degrees and one Doctorate).

6) Th Pirate Church actually has ordained ministers who can marry you off, visit you in the hospital and even write you a medical exemption – plus, when the time comes, we’ll put in your nails if you don’t kick the bucket at sea mate.

Wow, that’s impressive you might say, but it appears to be a little bit exotic.   While it may be unconventional, The Pirate Church is a real church under U.S. Common Law, and actually, meets every one of the six points laid out by the I.R.S. as a real church.  However, we don’t want to play the 501-3(c) game because we are natural rights believing Church.  Besides, who makes the decision on what really is a Church, God or the  East India Company?

You get our point here we hope.  We are The Pirate Church.  Cheers (Yarr Welcome).